Renowned mixed martial arts (MMA) fighter, Aung La N Sang is teaming up with Myanma Awba Group to develop programmes for improving the lives of local farmers. To ensure these programmes will effectively address farmers’ pain points, Aung La will also be hitting the road with members of the Awba team to visit local farming communities all over Myanmar. “It is a privilege to partner with Awba, “ the 32-year-old fighter said. “We both share the same passion for the farming community.”

Aung La’s star has burned brightly since his debut in 2005. Now part of ONE Championship, Asia’s largest sports media platform, Aung La has returned to his roots, representing Myanmar in many One Championship matches, and using his decade-long career experience to lead a growing martial arts movement in the country.

His dedication and drive to improve the sporting community, and lives of the people in his hometown, are ideals that Awba wholeheartedly agrees with, and embrace. In spite of his superstar status in Myanmar, Aung La remains humble and grounded, choosing to focus on honing his craft, mentoring other local fighters and inspiring the nation with his resilience and pursuit of excellence, just as Awba continually strives to be a quality holistic solutions provider to the farming community.

Born in Myitkyina, Aung La was an accomplished school athlete who went on to study agriculture in Michigan, USA. Before he discovered his talent and passion for MMA, Aung La spent several years traveling around the US as a migratory beekeeper.

With his background in agriculture and beekeeping, Aung La embodies a champion who understands and stands for the everyman in Myanmar. He has a deep affinity with the struggles, challenges, and joys Myanmar farmers face, and there can be no partner more suitable to speak to the local farming community side by side with us. 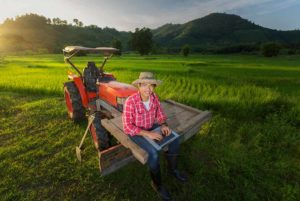