Myanma Awba Group recognises that sustainable development is integral to the long-term viability and success of its businesses, and the recently-announced establishment of the Hmawbi Agricultural Input Complex (HAIC) will strictly adhere to the same high standards the group holds itself accountable to.

Drawing on a wealth of IFC expertise, Myanma Awba Group was careful to follow all steps of the approval process when seeking permissions for the HAIC initiative from the Myanmar Investment Commission (MIC) and other official bodies. This included a rigorous series of Impact Assessment Reports by third party companies with relevant experience. The Group has made many of these documents available for download via the website. Of particular interest for many stakeholders is the Environmental Impact Assessment and Health Impact Assessment documents which can be viewed here.

Myanma Awba Group has continued to conduct a series of local community engagement events since 2015, designed to improve understanding about the new facility, job creation activities, as well as the benefits it can bring to the local community and Myanmar’s farming population alike. The most recent event was held on Sunday, 18th December 2017, in Hmawbi, attended by over 160 people and opened by Parliamentary Representatives U Aung Win and U Than Aung. Further details on this event can be found on the official Myanma Awba Facebook page, which has over 100,000 followers.

A more robust governance system to address grievances has also been implemented with the establishment of the HAIC Monitoring Committee, which acts as a community ‘watchdog’ for the new initiative. With powers to implement ‘surprise’ inspections of the plant and access to relevant health and safety reports, the Committee also provides a transparent mechanism whereby residents and stakeholders can submit concerns or grievances about the HAIC. The Committee structure, objectives, and functions can also be downloaded from the Group website.

Electronic methods of grievance raising are also available via our Facebook group and Google Group. We encourage all stakeholders to share their opinions.

Cognisant of the fact that the technologies to be employed in HAIC are new to Myanmar and highly technical in nature, Group representatives have highlighted the benefits of the effluent and air emissions equipment and made further information available to interested stakeholders via the group website. In this material, the Group highlights how the facilities adhere to both the World Bank and Myanmar Ministry of Environment Standards.

Further details on HAIC’s Emergency Response and Plan have also been shared online in both English and Burmese.

Myanma Awba Group believes that transparent business is good business and we welcome open cooperation with all stakeholders to make the HAIC initiative a success for the community, the company, and our farming population alike. We recognise our ongoing responsibility to the environment and are committed to deploying the most up-to-date technology and work processes to minimise the impact on our neighbours and surroundings. 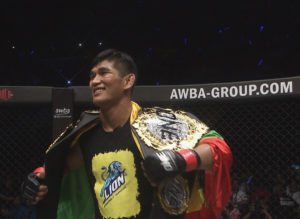